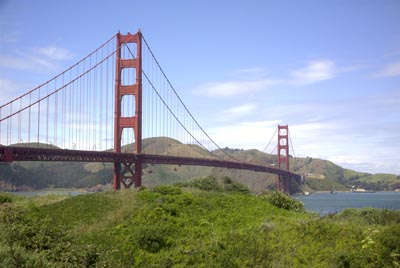 The earliest evidence of habitation of the San Francisco region dates to 3000 B.C. Beginning in the 6th century the Ohlone people, a native group of people from North America, inhabited the greater San Francisco area while living fruitfully off the abundance of ocean life in the coastal Pacific waters. European explorers did not set foot in the area until 1769 when Don Gaspar de Portola led an exploration party through the region as part of the effort to colonize what was then known as Alta California. In 1776 the site of the Presidio of San Francisco and the Mission San Francisco de Asis (Mission Dolores) was claimed and construction on both sites started soon after that. During the next 50 years the Bay Area was visited by multiple exploration parties and settlement groups.

The California Gold Rush in 1851 was the catalyst that created the metropolitan city we call San Francisco today. During the Gold Rush many entrepreneurs set out for San Francisco hoping to capitalize on the explosion of wealth anticipated to exchange hands. The wealth acquired during this time led to several important California foundings including Wells Fargo in 1852 and the Bank of California in 1864. California was granted statehood during this time of quick growth which prompted the U.S. Military to build Fort Point at the Golden Gate in addition to a fort on Alcatraz Island. Many original San Francisco company's also took advantage of the booming economy including Levi Straus and Domingo Ghirardelli.

The city thrived for the next 50 years as the American economy steadily grew and more people moved to San Francisco in search of their fortune. During this time of wealth and comfort an earthquake struck the area and left San Francisco in shambles. In 1906 the city was toppled by an earthquake that left the entire urban center in ruins. Water mains were broken as well as gas lines which ignited huge fires that would continue to burn for several days.

The rebuilding of the city was planned as a grand, quick project which was begun very soon after the destruction in 1906 and led to many famous San Francisco sightseeing attractions. Among the rubble rose Nob Hill's mansions and the City Hall Building which were featured at the 1915 Panama-Pacific International Exposition. In 1929 both the Golden Gate Bridge and the Bay Bridge construction projects were started with completion taking place in 1937 and 1936 respectively. During this time was also the beginning of the Federal Prison located on Alcatraz Island.

Along with San Francisco's famous landmarks is it's plethora of unique neighborhoods which in some cases inspired entire generations. The Beat Generation began in North Beach in the 1950's, Hippie's traveled to Haight-Ashbury in the 1960's with the Summer of Love taking place in San Francisco in 1967 and the emergence of the Castro in the 1970's created a center for Gay Rights in the city. During the last 30 years San Francisco has seen the dot-com boom, another devastating earthquake which caused major damage to the Bay Bridge and an influx of young entrepreneurs searching for a chance at the city's fame and wealth.